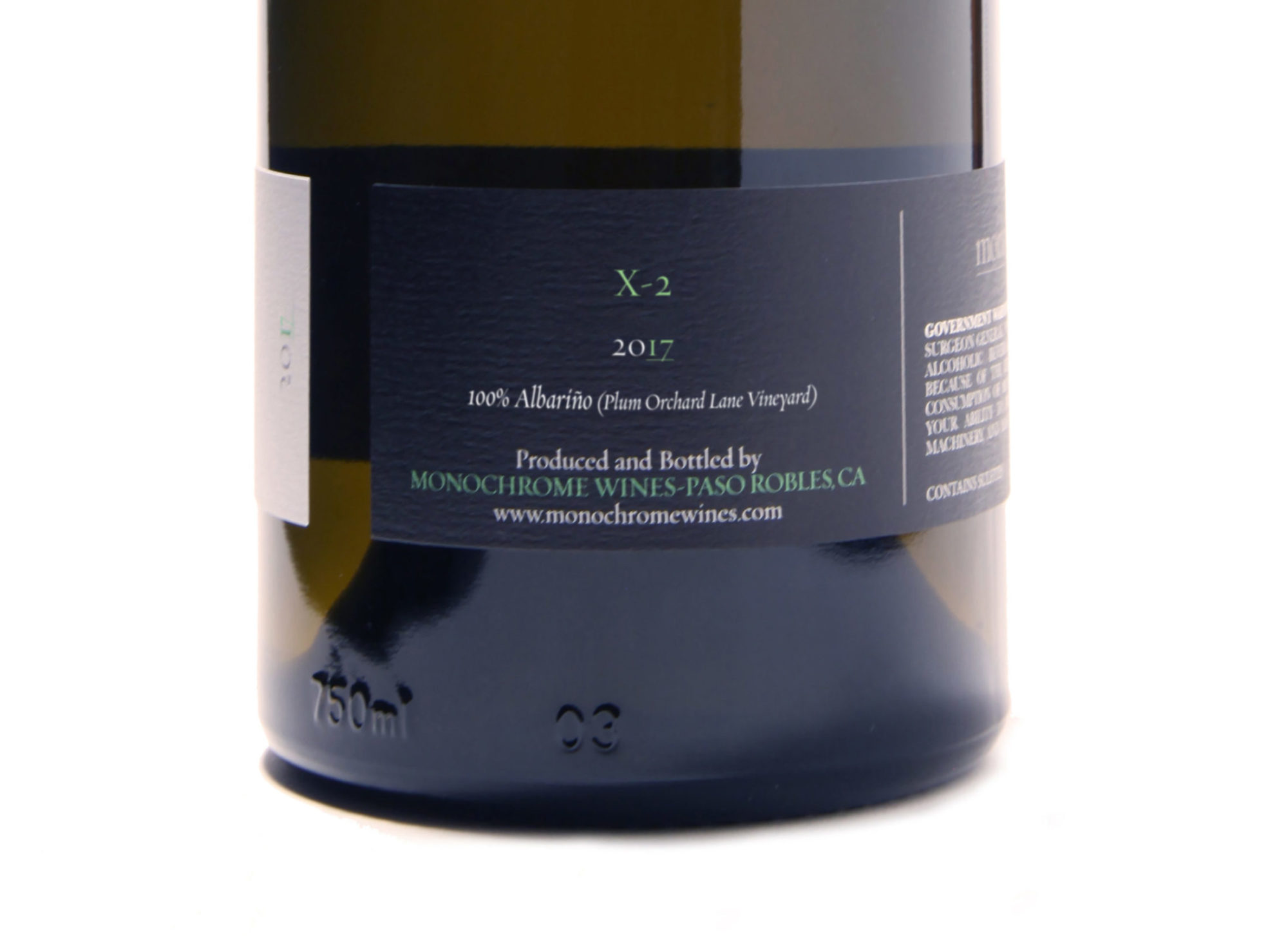 From time to time, we create one of our “X-wines”, which reflect some of our experiments in winemaking. Typically these are very low-production wines that explore a new or novel approach to fermentation or wine production. The techniques involved may (or may not) find their way into our main blends in subsequent vintages. In the 2017 vintage, we produced the X-2, which explored carbonic maceration of Albariño (we are not aware of anyone else having ever done it before with Albariño). Carbonic maceration is normally associated with certain red wines (especially Beaujolais), but rarely has it been used with white varieties. It involves placing the intact grape clusters in a carbon dioxide rich environment and letting fermentation begin within the berries of intact grape clusters. Anyhow,, the 2017 X-2 was such a hit, we decided to produce a variant of it in the 2018 vintage. We blended in some stainless barrel-fermented Albariño to get us up to a whopping total of 35 cases (up from a less-whopping 17 cases in 2017). Due to the very limited production, this wine is limited to wine club members only.